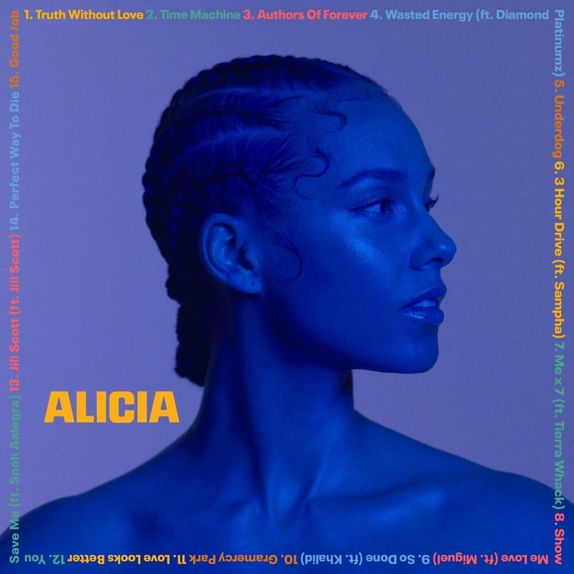 Her new album has been in the making for a very long time but she had to delay it due to the COVID-19 pandemic that the world is going through right now. In the last few months, the multi Grammy-winning singer has released several singles to build buzz for the project — the latest one ‘Love Looks Better‘ came out a few days ago, serving as the followup to ‘So Done‘ with Khalid

ALICIA is the upcoming seventh studio album by Alicia Keys, set for release on September 18, 2020. The release was first postponed until further notice due to the Coronavirus pandemic. The title of the project was first mentioned on the December 7, 2019 issue of Billboard magazine, which featured Alicia as the cover story.

According to Complex in an  interview with Alicia:

I’m at a place in my life where I’m loving and accepting all the different facets of who I am. In the past I’ve only known certain sides of myself but now I realize that I’m ready to be more in touch with all the sides within. With my album ALICIA, I’m unfiltered. I’m sharing all of who I am and how I feel. I never could’ve titled an album Alicia before. I’m closer to myself then I’ve ever been.

[Alicia] says she wants her upcoming record to express all the sides to who she is. It all starts with “Time Machine,” which takes her in a direction that, per Keys, has “a little Michael Jackson… a little Biggie…a little P-Funk.” The sound is a departure from the piano-heavy ballads she’s known for, but that’s the risk Keys wants to take now that she’s feeling more comfortable in her own skin. “It’s definitely unexpected,” she says, of the album’s direction. “I want people to know that there’s all these sides to all of us, and me too.”

“Show Me Love” was released as the first single of the album, while “Time Machine” and “Underdog” served as the second and third singles, respectively.