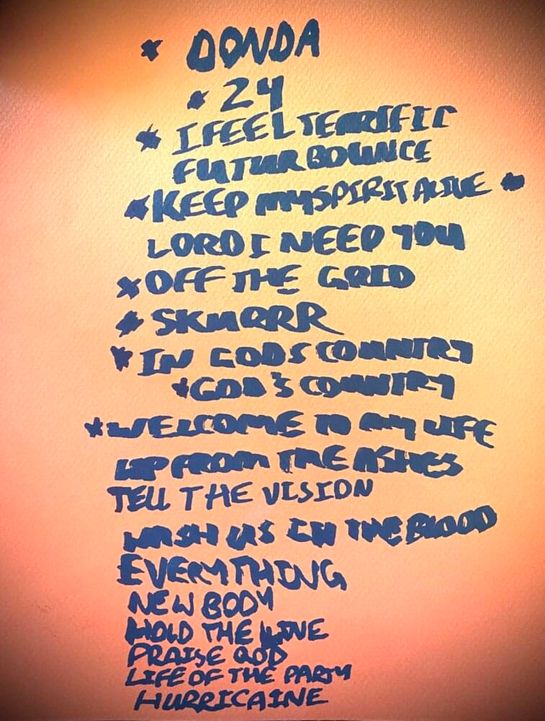 He first announced the project via Twitter on November 18, 2019. The post also revealed that Dr. Dre would be involved in its creation. At the time, it was to be titled Jesus Is King, Part II.

During a May 2020 Instagram Live interview, cinematographer Arthur Jafa revealed that he and Kanye were working together on a video. He also mentioned that Ye was preparing for the release of an album called God’s Country.

On June 30, Kanye released the album’s first single, “Wash Us in the Blood.” He also confirmed that the album’s title would be God’s Country in a tweet, but the name underwent another change.

On July 12, his mother’s birthday, Kanye previewed a portion of the title track, “DONDA,” on Twitter. On July 18, Kanye tweeted the album’s tracklist, new title, and release date; he deleted the tweet within minutes.

DONDA includes several songs from the Yandhi era that appeared on early tracklists for Jesus Is King. These songs are “Up from the Ashes,” “New Body,” and “Hurricane.”

GET LYRIC HERE
What do you think about this song?
We want to hear from you all.
Drop Your Comments
Kanye WestTy Dolla $ignVictory Elyse Boyd
0
Share FacebookTwitterWhatsApp
You might also like
Album

Album: Bootsy Collins “The Power of the One” (Zip File)