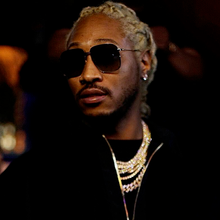 Future continues to live up to all the hype that surrounds him but some of his fans yearn for the days of 2015 and 2016 when he was releasing projects like the classic DS2. Shortly after he released that body of work, he locked in with Metro Boomin, likely creating hundreds of bangers. Among them was “Slow Down.”

The unreleased song was leaked earlier this year and it earned a wider release this week, popping up on a page connected to Future’s official YouTube. Metro Boomin just tweeted out the track without adding much context, so it looks like this one is officially out now.

GET LYRIC HERE
What do you think about this song?
We want to hear from you all.
Drop Your Comments
Future
0
Share FacebookTwitterWhatsApp
You might also like
Music