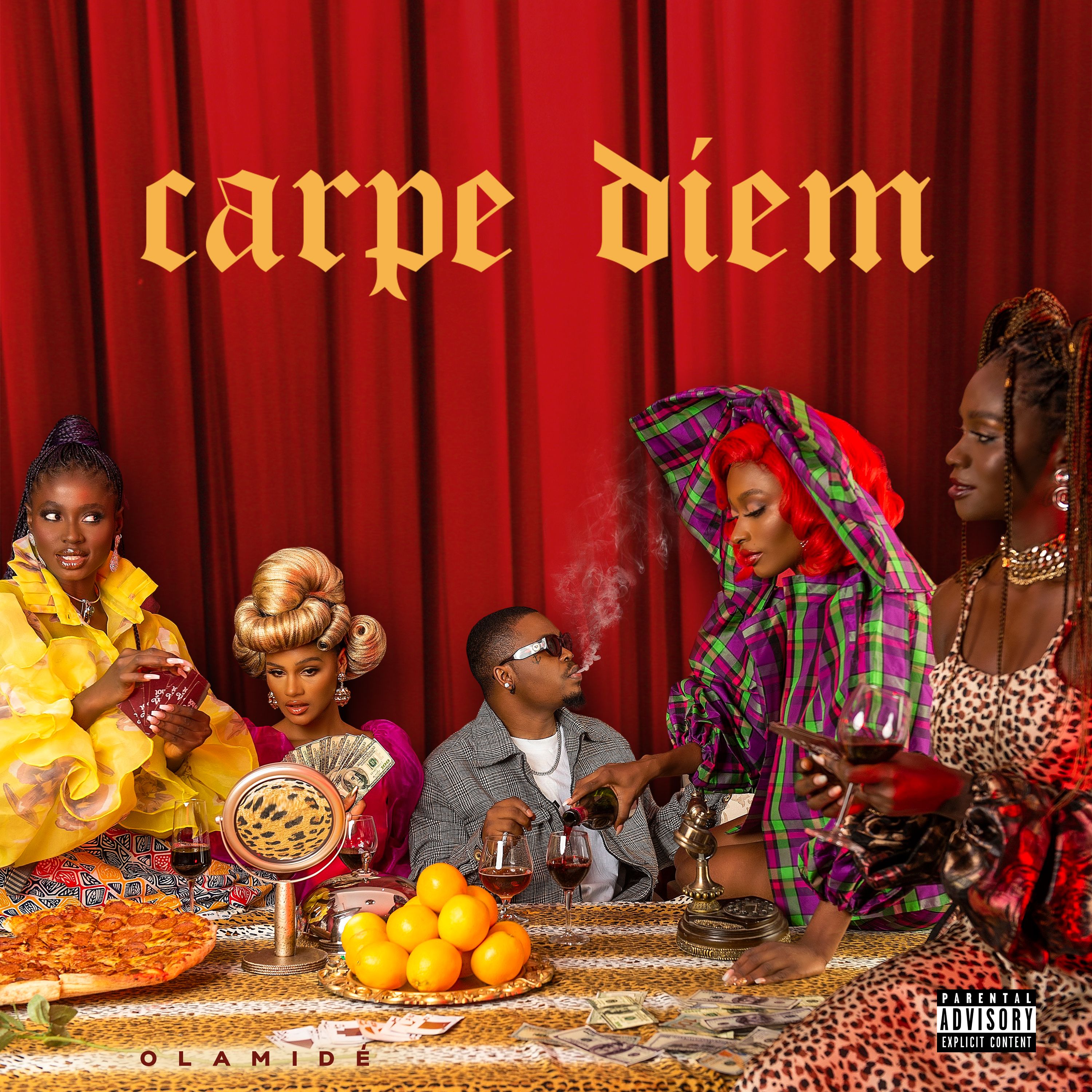 Multi-talented music artiste, Rapper Olamide finally releases his much anticipated album – “Carpe Diem” after the successful release of two buzzing singles off the body of work; ‘Eru’ and ‘Green Light’.

This new body of work/project which is a follow up to Olamide’s 9th studio album ‘999‘ is a 12 track album that houses the Afrobeat, Afropop, Rap and R’n’B music genre with productions from P.Prime, ID Cabasa, Pheelz and Vstix.

This fifth track produced by Pheelz talks about having won a battle, been victorious. Olamide goes deep on this one, reminisces on his rough journey, the sufferings and sacrifices. Even more deeper when he shared the most painful thing to him, losing both his Mother and Father at the point of fame. He goes emotionally stating that tears drops from his eye whenever he remembers them because they are not alive to see his victory and enjoy what they labour and suffered for.