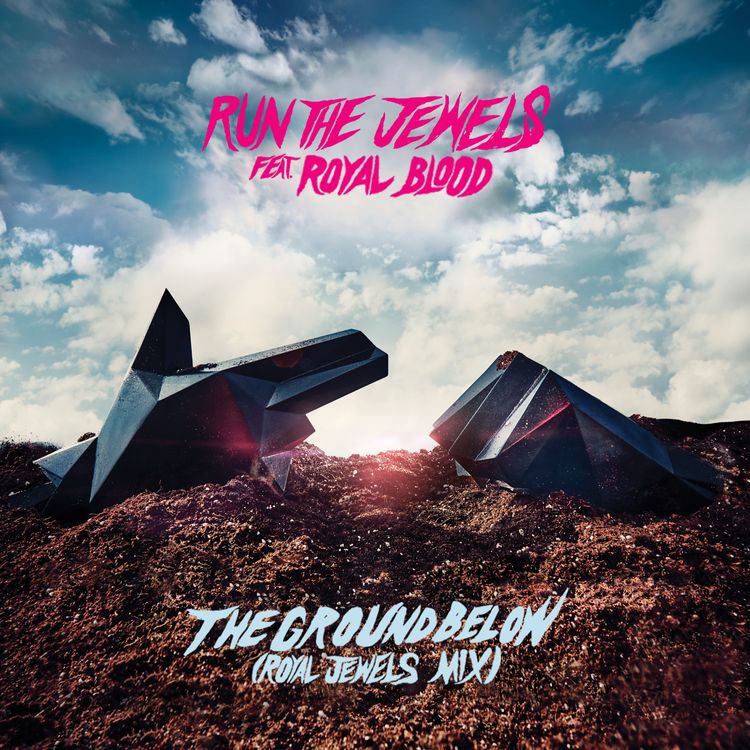 Run The Jewels have been enjoying quite the year thus far, with a critically acclaimed and culturally relevant project under their belt in RTJ4. And that’s not quite where they’ve opted to draw the line, having contributed new music to both the Cyberpunk 2077 soundtrack and now, a reimagining of “The Ground Below” billed as the “Royal Jewels Mix.” In essence, there isn’t much in the way of new ground being trodden here, but rather an added oomph by way of Royal Blood’s addition.

Here, they bring an added dose of genre-bending charm, the likes of which can be hit or miss depending on the listener. But for those amendable to such crossover events — the likes of which El-P and Killer Mike are no stranger to — this Royal Jewels Mix should prove to be a welcome addition to the catalog. Here, they bring a little bit of defiant edge as they flip the original’s chorus, their cries of “your love never meant much to me” resonating even further — depending on personal preference, of course. Check it out for yourself now, and sound off if you’ve got love for the Royal Blood Mix of “The Ground Below.”

Think in the box, I’m not getting my fix, then shit is iffy
Felate a donut hole wife don’t get to the crib and quickly
I’ll watch my mouth when I’m finished watching y’all suck clout
Don’t doubt you put an ounce of that evil on me, I’m flippin’, Ricky
I give a inch to you simps, I’ll never forgive me

GET LYRIC HERE
What do you think about this song?
We want to hear from you all.
Drop Your Comments
Royal BloodRun The Jewels
0
Share FacebookTwitterWhatsApp
You might also like
Music